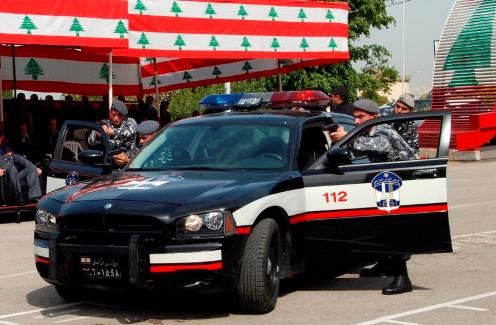 “The cracked-case rate for the ISF this year is very impressive,” said Paulo Cinzetti, director of Interpol’s Eastern Europe division. “What they’ve been able to accomplish in twelve months is just remarkable.”

After years of doing little else besides directing traffic and breaking up late-night bar melees, the ISF is beginning to make its name as a highly effective investigative unit.

Using both sophisticated hi-tech surveillance technology and plain old common sense, the security service captured international attention recently after a major drug bust that brought the ISF into close coordination with some of the world’s most famous investigative agencies.

“They’re street-smart and creative,” said Bill Schlitz, of the FBI’s overseas narcotics intelligence task force. “Some of the techniques that they’re using are so simple that you want to smack your forehead and say, ‘Why didn’t I think of that?'”

The ISF is highly protective of its secrets, but outside observers were given a glimpse of its inner workings a few months ago when the organization admitted to using linked-laptop computing to track calls made on encypted cell phones. At the same time, however, detectives relied on the time-worn tools of the trade, such as magnifying glasses, fingerprint dusters, and fake moustaches.

The successes have prompted Geert van der Veer, head of Interpol for the Middle East and North Africa, to dub the ISF “Beirut Yard,” a reference to the famed investigative division of Britain’s metropolitan police, Scotland Yard.

In response to requests for assistance from security agencies around the world, sources say that the ISF also recently assembled a top-secret task force of traveling investigators that worked behind the scenes to help uncover some of the year’s biggest crimes.

“The Bernie Madoff Ponzi scheme would never have been discovered if it weren’t for Lebanese detectives,” says Sally Hanson, a spokeswoman for the FBI. “We were totally in the dark until they came along.”

Building on its successes, the ISF has also evidently put together a division dedicated to “historical cases” that went cold years ago.

Mazen Siblini, a senior detective with the agency, mused that historical crimes present the most challenges. “Actually, this is why we are attracted to them. Other crimes, your murders, your drug rings, your spy networks, these are, how do you say… elementary?” Siblini chuckled, smoking a pipe behind his desk at ISF HQ.

When pressed for details on the kinds of cases that the historical crimes division was looking into, Siblini’s eyes twinkled.

“Well, obviously, our work is confidential. But  I can tell you that some very interesting information in connection with the assassination of a certain Catholic American president will soon be coming to light,” he said, giggling happily. “Also, we may have discovered the body of a certain Detroit trade unionist, so keep an eye out for that.”

When asked if any case was too cold to be cracked by the ISF, Siblibi was circumspect. “Well, I’d say that it becomes more difficult the further back you go. For example, we currently have some very good leads on the curious incident of the disappearance of the dinosaurs, but it has been a tricky case indeed.”

As for the most difficult case on the ISF’s unsolved list, Siblini left no room for doubt: “The toughest case is unquestionably the question of what came first, the chicken or the egg.” Staring out the window with a far off look in his eyes, Siblini confessed to a very personal attachment to the case.

“I’m determined to crack it before I retire from the service, or else I fear that I will never be able to get a full night’s sleep for the rest of my life.”

« How Many Lebanese Were Flown In To Vote?
The Lebanon of Western Europe »