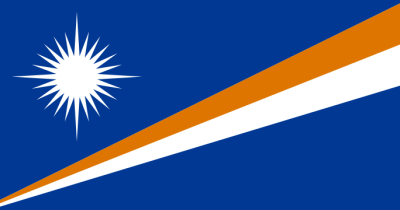 The former Lebanese security chief, Jamil al-Sayyed, is the Marshall Islands’ new ambassador to UNESCO, AFP reported today. Among the benefits of this post (in addition to approving nods and kind words from fellow guests at cocktail parties), is the diplomatic immunity it confers upon its holder, who may or may not be the target of prosecution by the U.N. Special Tribunal for Lebanon, later this year.

The Qnion has learned that since Mr. Al-Sayyed’s appointment was announced, several other ex-spymasters, security officials, army generals, and former defense ministers announced their interest in serving as ambassadors to UNESCO.

“We’ve just been inundated by requests,” said Ms. Fiona Weatherby, a program officer at the headquarters of the humanitarian organization in Paris. “It’s very puzzling.”

New rumored appointments include former Tunisian security czar Ali Seriati, who has been mooted as the UNESCO ambassador for the Pitcairn Islands (population: 56). Unconfirmed reports also indicate that Habib el Adly, the disgraced and imprisoned long-time Minister of the Interior under Hosni Mubarak is petitioning to become the official envy of Tokelau, a tiny island in the South Pacific (area: 10 km2).

“Don’t get me wrong, I think this is really admirable,” said Weatherby. “The idea that these men could discover their humanitarian streak so late in life is… well, it’s inspiring is what it is.”

UNESCO would not confirm or deny any of the nominations besides that of Mr. Al-Sayyed. However, one high-ranking official at the organization who asked to remain anonymous did suggest that representatives of the late Israeli prime minister Ariel Sharon had lobbied intensively for him to be named as the UNESCO ambassador from the Cocos Islands (population: 596) before his death last month.

“We considered the request long and hard,” the official confided, “but the fact that he had been in a coma for eight years made it tough to accept the application.” He added: “It was one of those 50-50 calls. Could have gone either way.”

« Lebanon Spent Nearly Two of Last Four and a Half Years Without a Government
Lebanon’s New Government (Feb 15, 2014) »