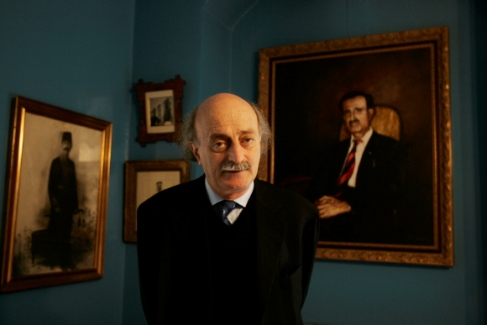 Twitter and the blogosphere are buzzing with news of Walid Jumblatt’s latest about-face, in which he announced at a PSP gathering that his alliance with March 14 “was driven by necessity and must not continue.” Jumblatt further stressed the need “to rethink a new formation that would provide a way out of bias and prevent being pulled toward the (political) right.”

Although Saad al-Hariri’s Future Movement issued a mild response to Jumblatt’s snub (stating that it “believes in the right of each political party to adopt the stance and slogans that it wants”), the Qnion managed to lay its hands on a top secret recording of a telephone conversation between Saad Hariri and Walid Jumblatt from earlier in the day, which puts a very different face on the true effect of Jumblatt’s betrayal.

Female voice: Ummm, well, he really prefers not to be disturbed when he’s taking a bath.

Hariri: (getting annoyed) It’s an emergency.

Female voice: Oh my. Well in that case, would you please hold?

(Ten minutes pass… Then, muffled voices are heard, accompanied by the sound of splashing water and background music.)

Hariri: Hi. Listen, I was hoping to have a word with you.

Jumblatt: (merrily) Can’t it wait? I’m having a bubble bath and listening to Barry Manilow’s latest compilation. Have you heard it? It’s really fabulous.

Jumblatt: Oh I’m sure it can. Look, the electricity is going to go out in half an hour and I really want to listen to the rest of this album. So why don’t I give you a call in the… hee hee, stop it! Stop splashing!

(Female giggles are heard in the background and more splashing)

Jumblatt: (distracted) No, that’s my rubber duckie! Hee hee hee… Give it back or I’ll have to come and take it away from you! Hee hee hee hee…

Hariri: (snapping) Listen here you crazy freak!! Turn off the music and pay attention before I come over and shove that rubber duckie up your…

(There is a huge splash)

Jumblatt: Sorry about that. Ok. you have my full attention, hee hee. What’s up?

Hariri: (incredulous) What’s up? What’s UP? Why don’t you tell me what’s up, Walid?

Jumblatt: (feigning innocence) What do you mean?

Hariri: Oh. Yeah, right, sure, uh huh… Nothing’s up. Nothing at all, except that somebody has decided to LEAVE MARCH 14, that’s all!

Hariri: (furious) Yes, that. Yes, Walid… That! What the hell, man?! Did you, like, think I wasn’t going to find out about it? What am I, stupid or something?

Jumblatt: (aloof) Honestly, Saad, I didn’t really give it that much thought.

Hariri: (sarcastically) Oh, sure you didn’t give it that much thought. What EVER! Just like you haven’t given much thought to every single backstabbing word that’s come out of your mouth for the past three months!

Jumblatt: Look, I’m not having this conversation right now, ok?

Hariri: Oh yes you are. This little chat is long overdue. What, March 14 isn’t cool enough anymore for you? We’re not powerful or influential? Huh? 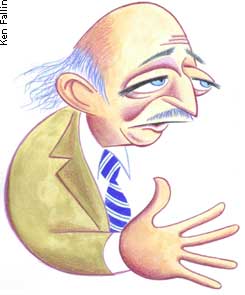 Jumblatt: I  never said that.

Hariri: (with a tight voice) You didn’t have to say it… Actions speak louder than words, Walid, don’t you know that? Bastard! (crying openly now)

Hariri: (sobbing uncontrollably) I mean…do the… last three years mean…nothing to you?!

Jumblatt: Of course they mean something, Saad,  it’s just…

Hariri: It’s just what?! What?! March 8 is more popular than us? (sniffles) Them and their stupid counter-culture baloney…

Hariri: (sarcastic and bitter) Of course it is. “Complicated.” How silly of me…

Jumblatt: It’s not what you think it is.

Hariri: Oh it’s not? Well please tell me what it it really is, Walid. Please explain your love-fest with Berri. Your sudden rediscovery of Arabism? And how about your phony anti-American diatribes. Please explain it because it sure looks a lot like a big fat betrayal to me!

Jumblatt: (coldly) I haven’t betrayed anyone, Saad. But you can call it whatever you want.

Hariri: You know what? It doesn’t matter what you say, because you’re out!

Jumblatt: You can’t kick me out. I’m a co-founder, just like you.

Hariri: Puh-leaze. I’m in charge, and I say you’re out!

Jumblatt: I don’t care. You think I care? I don’t. I was going to quit anyway!

(There is an awkward pause. The sound of water can be heard lapping softly at the side of Walid’s jacuzzi, and in the background, Barry Manilow is singing “I Should Care”.)

Jumblatt: Look, it doesn’t have to be this way.

Hariri: (sniffling) I think it does. I’m glad I know how you really feel, and now we can both move on.

« The Lebanon of Western Europe
A Job Well Done »