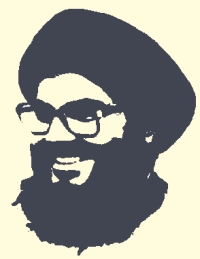 Clearly, the most important piece of information delivered in Nasrallah’s address tonight (click here for the YouTube video, here for an Arabic transcription of the major points, and here for  an English summary) was the promise that he would return to the subject of the STL indictment next Monday, August 9th, at 8:30 PM. This will be the second press conference in a two-part  series (click here for my commentary on Part I), and the Hizbullah Secretary-General promised that he would provide conclusive evidence that Israel was behind the murder of Rafiq al-Hariri.

Nasrallah said that a Hizbullah team has spent months working on a project which aims to show how Israel has been carefully preparing to convince the Lebanese and the international community that Hizbullah carried out the crime.

Just to play devil’s advocate, one wonders why — if the party has long held information that clearly links the Israelis with the murder — they did not release it earlier when the STL was apparently going after the Syrians. Naturally, Hizbullah’s opponents in Lebanon are going to say that this is another desperate diversion tactic. I, for one, am quite curious to see what the Secretary-General offers up in next week’s press conference.

After five years of cryptic reports and disavowed media leaks it will be interesting to finally get a peak behind the curtain. Of course, Hizbullah is taking a major risk by claiming to back up its accusations of Israel with “hard evidence.” If the evidence appears weak, contrived, or anything less than iron-clad, it will make the party look foolish, in the same way that false witnesses undermined the legitimacy of the STL during the Mehlis period.

More on this later…

« Nasrallah to Issue Decisive Word on U.N. Tribunal Indictments?
Too Much Information »