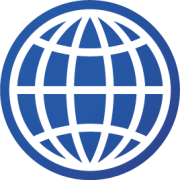 Here’s a quick postmortem I’ve written for Al-Monitor on the very strange news of former minister Michel Samaha’s detainment yesterday by Lebanon’s Internal Security Forces. First paragraphs below, then much more after the jump.

What to make of today’s arrest of former Lebanese minister Michel Samaha?

The silver-tongued politician, well-known for his close ties to the Syrian government and its allies in Lebanon, was arrested Thursday morning at his home in a Beirut neighborhood. A group of police officers reportedly stormed the apartment at dawn, while the couple was still in their pajamas, “armed as though they were going to go liberate something,” said Samaha’s wife, Gladys.

Within a few hours, a Lebanese TV station was reporting that Samaha had confessed under interrogation that he had participated in a plan to transfer “explosives from Syria to Lebanon in order to carry out bombings in North Lebanon, particularly in the area of Akkar, with Syria’s knowledge.”

As of the time this post went to press, no official word had come out regarding the reasons for Samaha’s detainment or his alleged confession.

In the meantime, though, here are three reasons to pay close attention to this story.

« What WikiLeaks Tells Us About Assad’s Foreign Policy Record
Establishing a Lebanese Senate: Bicameralism and the Third Republic »