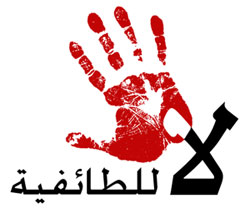 The topic de jour these days in Beirut, in case you haven’t heard, is abolishing political sectarianism. The Speaker of Parliament, Nabih Berri, has lent his full-throated support to President Sleiman’s call to establish a commission to study the ways and means to do away with Lebanon’s dysfunctional system, and various other politicians have chimed in as well.

Understandably, the reaction among Lebanon’s Christian leaders has ranged from outright rejection to cautious acceptance or backpedalling. Meanwhile, leftists are skeptical that anything meaningful can be accomplished when Lebanon’s neo-feudal leaders are the ones championing the cause.

Given that this issue was voted the top priority on the Lebanese National Agenda poll that we held here a few weeks ago, I think that the time is ripe to launch another 183-comment debate, wouldn’t you say? Here are the main issues, as I see them.

First of all, it’s important to appreciate the complexity of this issue. After all, it’s not simply a matter of getting rid of parliamentary quotas or holding a census. Rather, it’s a question of how to build a completely different political system, practically from the ground up.

Where does one begin? I would propose to begin at the end. In other words, one should start by asking: What kind of a political system do we want to end up with? Should it have one legislative chamber or two? Should it be a presidential or prime ministerial system, or some kind of combination? How should powers be separated between the various branches of government? What kinds of protections should religious minorities enjoy, if any? What kind of electoral law should be adopted? Will expatriate Lebanese be allowed to vote? What kind of role will administrative decentralization play? The list goes on and on.

Answering these questions requires, in part, being able to identify what is so odious about the current system. On the one hand, it is easy to see how the mixture of religion and politics is anathema to democracy activists. However, would an ostensibly non-sectarian system populated entirely by sectarian political parties really be any better than what we already have?

There is much more to say, but I’d like to open the floor for discussion. We’ll surely revisit this issue again in the days and weeks ahead.

« Hezbollah Announces a New Party Program
One and Many »