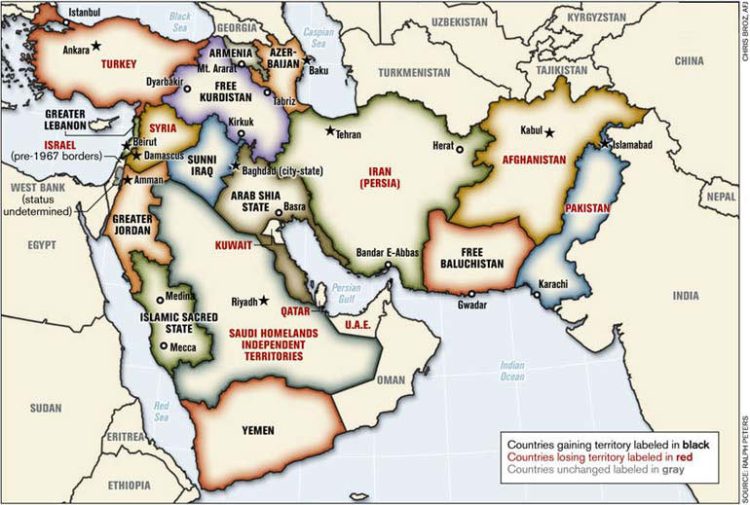 A couple of days ago, I sat in on a lecture about Nasser’s foreign policy in the 1950’s-60’s, and the importance of regional axes in the Cold War world. It left me wondering about the extent to which we still live in such a world today, at least as far as Middle East politics are concerned.

This question would have been easier to answer a few years ago, when the region was conveniently divided into “moderates” and “radicals” (or the camps of “resistance” and “surrender”, depending on your perspective.) These days, however, as I noted in a Year in Review piece back in 2009, the divisions are not so straightforward.

Rob Malley and Peter Harling concur. In an excellent op-ed for the Washington Post, they argue that international relations in the Middle East today reflect a far messier reality, one that is full of opportunities for engagement by a superpower that tragically can’t seem to read the writing on the wall. Check out the whole article, but here are some suggestive bits:

Changes over the past few years have blurred the region’s purported lines. Qatar brokered the inter-Lebanese accord in May 2008, while Turkey started to mediate Israeli-Syrian negotiations. Neither country “belongs” to one axis or the other; both have earned reputations for talking to all sides. While Saudi Arabia had long echoed U.S. skepticism and overall objectives regarding Syria, engagement between the two has resumed. Riyadh and Damascus reached common ground in implicitly rebuking any Iranian role in Yemen, much to Tehran’s irritation, and in quietly opposing Iraqi Prime Minister Nouri al-Maliki, who enjoys U.S. support. The Saudis also renewed contact with the Palestinian Islamist movement Hamas after a period of estrangement.

From Syria, too, come interesting signals. Uncomfortable with what had turned into a monogamous affair with Iran, Damascus began courting Qatar, France and, most prominently, Turkey. Deep strategic ties notwithstanding, Damascus and Tehran are waging a discreet proxy war in Iraq, backing different allies and combating different foes. Damascus broke a historic taboo in dispatching an ambassador to Beirut. In Lebanon itself, segments of the two political camps — until recently split in ways that mirrored the militants-vs.-moderates divide — are signaling a desire to reshape the political landscape.

Today, the relevant competition in the Middle East is not between a pro-Iranian and a pro-American axis but between two homegrown visions. One, backed by Iran, emphasizes resistance to Israel and the West, speaks to the region’s thirst for dignity and prioritizes military cooperation. The other, symbolized by Turkey, highlights diplomacy, stresses engagement with all parties and values economic integration. Both outlooks are championed by non-Arab emerging regional powers and resonate with an Arab street as incensed by Israel as it is weary of its own leaders.

These developments, Malley and Harling argue, are remarkable, and yet have largely gone unnoticed by the Obama Administration, which is still stuck in the rigid “moderates-versus-militants” paradigm of its predecessor. The Leveretts make a similar plea for more engagement with Iran and Syria by the White House, while plenty of others believe that the engagement policy has proven to be a complete failure (see here and here).

Meanwhile, the issue of regional axes has recently come up again in Lebanon, with Amin Gemayel reportedly asking (at the national dialogue talks) whether Lebanon should be a “confrontation” state or a “neutral” one, vis-a-vis the conflict with Israel. Here’s Michel Aoun’s response (which is, more or less, that Lebanon has no choice but to be a confrontation state because it is directly targeted by Israel), and here’s a piece by Walid Maalouf arguing that neutrality is Lebanon’s only hope.