In Search of Lebanese Children’s Literature 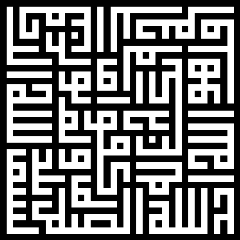 As long as there’s hardly anything to talk about in Lebanese politics, allow me to gripe about another subject close to my heart, namely children’s literature written in Lebanese Arabic.

Here’s the problem: there isn’t any.

As most of you know, I spent the last academic year living in Beirut, writing my dissertation. Part of the reasoning behind this move was to expose my two year-old daughter to a lot more Arabic than she was hearing in Boston, and as I could have worked on my thesis from just about anywhere, I decided that spending my research year in Lebanon — near family and friends — made good sense.

My daughter L. is a bibliophile. Having inherited my wife’s superb memory and amazing attention for detail, she seems to have learned by heart several shelves worth of books, to the extent that if I stop mid-sentence in any one of them, she’ll gently goad me on by completing the sentence. The kid loves books, and one of my goals for the year was to introduce her to a whole new set, written in Arabic.

As I quickly discovered, however, the vast majority of children’s books to be found in Beirut (one of the region’s publishing capitals) are written in Modern Standard Arabic (fuṣḥā), the prestige dialect of the language (used in virtually all kinds of writing [newspapers, books, magazines], TV news programs, etc., but not in everyday speech.) Children’s books are treated like all other literature and therefore written in the standard language, a fact which seems — in my view — to militate against a child developing a love of books.

Let me make one thing clear: I am not one of those neo-Phoenician anti-fuṣḥā crusaders that seem to be so prevalent among the Lebanese. I do not advocate dumping Modern Standard Arabic altogether and replacing it with some kind of Sa’id `Aql-inspired vernacular alphabet. After all, I’m currently in the process of earning a doctorate in classical Arabic literature and Islamic studies… I would not have spent years studying a language and literature that I secretly loathe and would like to see sink into oblivion.

However, that being said, I simply don’t feel that MSA is all that well suited to children’s books. When I made this point to various bewildered booksellers in Beirut, the standard response was: “But if you read to them in Lebanese, how do you expect them to learn real Arabic?” To which my response has always been: “Why does it have to be a matter of either/or?” Setting aside the issue of anti-vernacular chauvinism (a subject for a different post), I don’t see why kids can’t be trusted to learn MSA even while enjoying having books read to them in colloquial Lebanese.

Here’s the basic problem. To a child’s ear, MSA sounds like what it is: a formal language that people don’t use in everyday speech. It is a language that has to be learned in school, not like the mother tongue that kids grow up speaking. As a result, children’s books written in fuṣḥā have a way of sounding antiquated at best, when read aloud. The immediacy, vividness, and general “at-home” quality that one feels in one’s own mother tongue is, to a large part, lost in MSA, unless one has devoted years to reading, writing, and developing fluency within it.

Trying to interest a kid in a story where vocabulary items for many common everyday objects are entirely different, and in which the language has an almost foreign feel to it is an uphill battle. Whereas L.’s English books instantly draw her into their world — the way all great books do — with characters who talk like her even as they teach her new phrases and expressions, the Arabic books I tried to read her failed to have the same effect.

That is, until I began to “translate” them back into colloquial Lebanese from MSA. Suddenly, a light seemed to go on and she was instantly interested in the plot and characters. I distinctly remember the first time that happened: I was reading her a book about a little girl’s visit to the doctor’s office, which was, of course, written in MSA. Here’s an attempt at an English equivalent:

Forsooth didst the nayward damsel alight upon the threshold of the quacksalver’s vestibule … A panic came upon her ‘ere her mother didst coax her forward, dreading the prick of the misprised instrument…

Ok, it’s not that bad, but you get the idea. There was very little in the original text that my daughter could relate to, and so it was no wonder that she was not interested in it until I translated it into a language that she could actually understand.

I’m not sure where I was going with this post, but perhaps other folks have some suggestions for good reading material (or, for that matter, good children’s TV programs in colloquial Lebanese).

Tomorrow, back to politics.

(Comment from Joumana Medlej, an author of children’s books):

“A friend linked me to your post, asking if I knew of any… I can completely relate to your feelings and I for one would have read more Arabic books as a child if they hadn’t been in this trudging fus7a that still gives me a headache. That said, being co-author of children’s books that get translated into Arabic, I had to look again at why that was. For our particular case, the nonfiction contents don’t really lend themselves to daily speech, and since neither of us can write Arabic with sufficient proficiency, we left it to the translators and didn’t question their choice. Beyond that though I can vouch for how very difficult it is to write Lebanese with the Arabic script. Even the simplest texts (e.g. I’m translating another project, my comic book, into Leb) present dilemma upon dilemma. Do you write the qaf, or do you substitute a hamza? And so on. It’s an interesting challenge for the conceptually minded, but I expect even those authors who would consider writing in 3ammiya may feel Arabic that has a standardized spelling may be the safest route after all. Especially when you hit upon economics. It’s hard enough to sell Arabic language books – Lebanese who read avoid Arabic (or perhaps they do so because it is all fus7a) and the rest of the Arab world doesn’t seem to read (this from personal experience and from people who’ve worked in publication for a while). With fus7a there’s at least a possibility of a book spreading outside Lebanese borders. Finally, how many publishers in this part of the world take children readers seriously? We started making books because there were no local children’s books worth picking up. Things are getting better, but we’re still way behind.

I’m sharing this to try and explain the current situation, but I would like nothing more than for a change of attitude towards spoken Lebanese and an increased use of it in print. For me, I’m (modestly) starting with the comic book, but parents such as yourself can express these feelings to publishers. If they realize there is a demand for this, the business sense will kick in… Funnily it’s the one thing that trumps politics around here.”

“I highly recommend the storybook series Silsilat Hikayat Walad min Beirut (Stories of a Child from Beirut) by Mr. Samah Idriss… Mr. Idriss wrote these books for his 2 daughters since he faced the same dilemma while living in the US. He uses a nice mix of MSA and colloquial Lebanese to draft fun and light stories. They maybe a bit early for 2-yr old L, but if she is really good with books, she may enjoy them. Our favorite is the story about Koussa bil laban (the Zuchini story); it is very much Lebanese.”

38 thoughts on “In Search of Lebanese Children’s Literature”