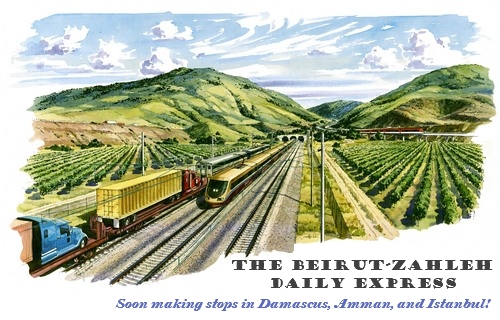 One of the themes that came up repeatedly during Interior Minister Ziad Baroud’s panel discussion in Washington last month was the need for better strategic planning to address the myriad political, economic, social, environmental, and security-related challenges facing the country. I found myself wondering, as I left his talk, where Lebanon would be in, say, ten years.

Ten years seems like not very much time, until one looks back a decade and considers just how far the country has come. Ten years ago today, Rafiq al-Hariri was appointed prime minister of Lebanon for the fourth time. His bloc had recently swept the parliamentary elections, and he used the result to catapult himself back to the premiership, despite his problematic relationship with Emile Lahoud. Michel Aoun (speaking from his Parisian exile) denounced the newly formed government as a Syrian tool. Earlier that year, the Syrians and Israelis met for direct peace talks in Shepherdstown, WV.

It was a different world.

Since 2000, Lebanon has witnessed several monumental developments: a war with Israel; two elections; a string of political assassinations; a high-profile international murder investigation; the destruction of the Nahr al-Barid refugee camp; a presidential power vacuum; a series of mass public protests with hundreds of thousands of participants; and, most importantly, several Guinness World Records for the largest servings of hummus, tabbouleh, fattoush, etc.

Compared to most Arab countries, change in Lebanon seem to take place at warp speed.  However, while plenty has changed over the past ten years, most of the things that its citizens care about remain the same or have gotten worse. Unemployment is high, wages are low, traffic is awful, the electricity situation is deplorable, water resources are dwindling while seasonal rains cause massive flooding, air quality gets worse each summer, political stability is nonexistent… I could go on, but that’s what the Daily Star’s editorials are for.

By this point, ten years from now, there will have been two more parliamentary elections and two new presidents. The country’s population will be approaching five million people. Where do you think Lebanon will be, politically, economically, socially, etc.? What will be the state of the public debt? The energy sector? Privatization of industries? The status of refugees? The security situation in the South? Tourism? Infrastructure?

Vote above, and discuss below.

PS: Apologies to those of you who developed carpel tunnel syndrome scrolling to the bottom of a 528-comment discussion last week. We aim to please, not to injure.

« Master and Pupil
Analysts: Both Man and Beast Opposed to UN Tribunal for Lebanon »