Can Lebanon Play a Role in Syrian-Israeli Talks? 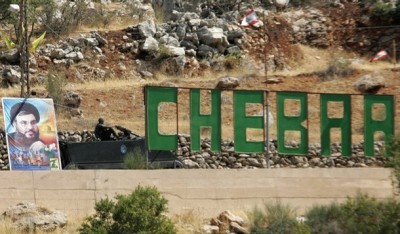 Joshua Landis, over at Syria Comment, has a good analysis entitled “Why Syria Will Not Get the Golan Back“. In it, he argues that obstacles such as mutual mistrust and the imbalance of power will overwhelm the Syrian-Israeli negotiations, producing “talks and plenty of discussions and process, but no peace.” Landis is planning to argue the case from the opposite side of the courtroom later this week, which should be interesting. In the meantime, I’d like to respond to one of his points. He writes:

“The US is playing a difficult game with Syria. It insists on making Syria pay for every diplomatic concession with an equal concession of its own. The problem with this chit-for-chit game is that Syria has few chits to play. Yes, Syria can reopen the American school it closed a few months ago. It can once again agree to issue visas to Fulbright professors and American scholars. It can allow Amid-East and other State Department-funded organizations back into Syria. It can let out a few political prisoners, such as Michel Kilo, but these small tokens will quickly be exhausted. The US has a rich array of sanctions and privations it has placed on Syria that it can lift one at a time for many years. Syria has nothing of comparable worth, save support for Hizbullah, Lebanese sovereignty (which, to America, is practically the same thing as disarming Hizbullah) and support for Hamas. These cards are absolutely necessary for successful negotiations over the return of the Golan. Syria cannot give them up before getting back the Golan, as the US and Israel are demanding.“

Landis’s analysis is remarkable for its candidness. He gives voice to the awkward truth: Syria would like peace, but it is too weak to let go of its few cards before receiving any Israeli or American guarantees on the Golan. In fact, Syria cannot even be seen to be considering letting go of its few cards; why make a weak hand even weaker by tipping it and embarassing its partners? The problem, therefore, is not that Syria is unwilling to pay the price that Israel is asking; it is rather that Syria is unwilling to pay it in advance.

Faced with this scenario, the United States and Israel have three options:

(1) Play hardball: Try to capitalize on Syria’s weaknesses by remaining firm on the precondition to cut ties with Hizbullah and Hamas; delaying the appointment of an American ambassador to Damascus; keeping all sanctions regimes in place; escalating anti-Syrian rhetoric; and generally tightening the screw.

(2) Play softball: Drop all preconditions regarding Hizbullah and Hamas, and resume the negotiations.

The first option would represent a return to the Bush policy, which produced few positive results between 2006-08, led to two wars, and put the Syrian-Israeli talks on hold. On the other hand, the second option is completely unrealistic, given the level of mistrust between the two sides. What is needed is an alternative approach.

(3) Bring Lebanon on board (aka, the “curveball” option). 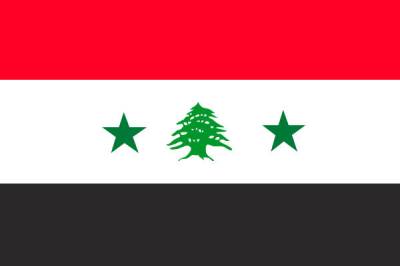 Last August, I wrote an article for Syria Comment entitled “Syria & Lebanon Should Hold Simultaneous Talks With Israel”. In it, I outlined the reasons that such a strategy would be beneficial for Syria as well as the United States and Israel, not to mention Lebanon. At the very least, it would send a signal of Syrian commitment and seriousness regarding the talks, as well as a demonstration of its clout with its allies in Lebanon. (You can read the entire article, along with the engaging discussion which followed it in the comment section here).

Bringing the Lebanese into the game — even if only in a ceremonial capacity — could also help the current parties get around the obstactle represented by the Hizbullah precondition. How? By creating a situation where the continuity of Hizbullah’s resistance is treated as a function of Lebanon’s grievances with Israel, rather than a Syrian card to be played or withheld, Syria would effectively be signalling to the U.S. that it is prepared to have Hizbullah dismantle its resistance as long as this is achieved through a process which addresses the various outstanding issues on the Lebanese side (refugees, security, territory, etc.) in addition, of course, to settling the question of the Golan.

Several objections spring to mind, but before addressing them, I’d like to make my assumptions clear. First of all, this proposal is predicated on the notion that all parties involved (Syria, Israel, and the United States) are not merely playing the process. In other words, I’ve set aside all skeptical arguments and assumed that both Syria and Israel are actually serious about reaching a land-for-security deal, and that the U.S. is willing to assume the role of broker.

If this is the case, then it is difficult to avoid the conclusion that Syria is prepared to play a role in dismantling the Lebanese resistance, should the Golan be returned. Just as Syria kept Hizbullah in check during the various peace processes and negotiations of the 1990’s, so too will it do so — one way or another — after a final Golan settlement. The question, therefore, is not whether or not Syria’s relations with Hizbullah will be addressed by these talks, but rather when and how. My argument is that by bringing Hizbullah into the negotiations (using the fig leaf of the Lebanese government), Syria will be allowing these questions to be addressed and settled, and in a more methodical and responsible fashion, rather than through some kind of spectacular and meaningless public gesture.

What about Hamas? I believe that this issue will become easier to finesse if the Syrians allow the Lebanese to come on board. Nobody in Israel is enthusiastic about the Palestinian track, and standing firm on the precondition to cut its ties with Hamas is tantamount to calling off the Syrian track as well. Unlike Hizbullah — which has made no secret of its willingness to turn to other affairs once the resistance has achieved its objectives —  Hamas has no other arena to turn to, and so Syria cannot bring it into the picture without addressing the entire Palestinian-Israeli issue. The Americans surely understand this, and so I believe that the Hamas precondition is a fairly soft ‘red line’.

What about the Lebanese? How can Syria guarantee that Israel will not try to make a deal with Lebanon at its own expense? As much as I would like to imagine that such a scenario were even possible, I have no doubt that it is not. Hizbullah answers to nobody in the Lebanese government — at least on military matters. Lebanon has nothing valuable to offer to Israel that Syria cannot veto. Therefore, there is virtually no chance for the Lebanese to spoil the party. Lebanon’s presence would be, as I said earlier, completely gratuitous, but it would serve an important function nonetheless. Like the brown paper bag that gave cops an excuse not to arrest drunks on street corners, Lebanon’s presence at the negotiating table would give the Americans and Israelis an excuse to engage Syria without the precondition of cutting its ties to Hizbullah.

41 thoughts on “Can Lebanon Play a Role in Syrian-Israeli Talks?”