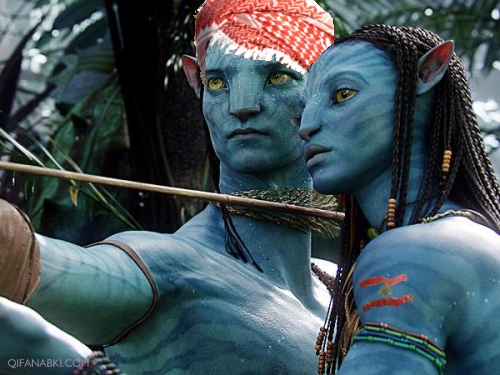 That’s right, folks. The Special Tribunal for Lebanon (STL) has dispatched a team of 3D filmmakers to Lebanon to shoot a sequel to Avatar set in downtown Beirut. Or something like that.

There have been several notable items in the press over the past week about Hezbollah. Rather than spending an hour trying to figure out how to coax them all into a single exquisite narrative, I’m going to just dump them in your lap.

Investigators from the STL are in town, questioning various people about the Hariri case. Some of these people include members of Hezbollah, and the party has reportedly welcomed the investigators with open arms, endless cups of tea, and an assortment of Hezbollah-themed memorabilia (pens, hats, notepads, etc.)

You will recall the article in Der Spiegel last year arguing that the Hariri assassination was carried out by Hezbollah. Today, Wi’am Wahhab suggests that the STL is getting ready to accuse slain Hezbollah commander Imad Mughniyyeh. Wahhab is not a very credible source, and it may just be that he’s not prepared to give up the limelight (after calling on President Suleiman to resign last week, which put him on the front page of every newspaper in Lebanon).

Finally, Nicholas Noe and Azmi Bishara each published an interesting opinion piece about Hezbollah last week. I highly recommend you read both of them as the differences in their analyses are symptomatic of how divided the commentariat is on the issue of the balance of power between Hezbollah and Israel. To be fair, Nick’s analysis is really focused on Hezbollah’s own assessment of this balance of power while Bishara tries to adopt a macro picture, but the articles are worth being read together.

9 thoughts on “Tribunal Investigators in Lebanon for 3D Filming”