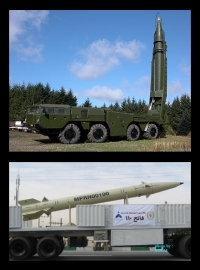 The Syria-Hizbullah-SCUD crisis has generated an incredible amount of press in the last week. Assistant Secretary of State Jeffrey Feltman was dressed down yesterday before Congress for defending Obama’s engagement policy with Syria, and Foreign Policy alone has carried something like three opinion pieces about the issue just in the past couple of days.  (For an up-to-date survey of all the most recent stories, I suggest checking Syria Comment.)

What nobody seems to be asking, though, is why these hypothetical SCUDs are so much more “game-changing” than all of the other armaments that have apparently flowed to Hizbullah from Syria since 2006, and in particular the Fateh 110 missile. The two rockets, when you compare them, are not hugely different, at least when one considers the geographical and strategic context that we’re dealing with. Let’s compare the specifications:

Ok, so the SCUD-D can travel farther than the Fateh 110, and it can carry a heavier payload. But how important are these differences, strategically speaking? The Fateh 110’s range is around 200-250 km, which is far enough to strike Tel Aviv from as far north as Beirut. Sure, a SCUD-D could hit Be’er Sheva from Tripoli, but is that really the definition of “game-changing”?

Plus, the SCUD is more difficult to hide, harder to maneuver, and probably easier to shoot down than the Fateh 110. If you were an Israeli, what would you rather face? A dozen SCUDs or a thousand Fateh 110’s? 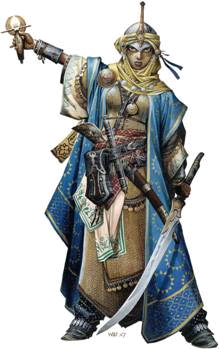 I can’t help but wonder if all of the hullabaloo in the Western press isn’t stemming from the Soviet mystique of the SCUD, one of the most famous missiles in history, and the weapon used by Saddam against Israel in 1991. To put it in medieval terms, it would be like raising the threat level to DEFCON 1 because the enemy’s army (previously equipped with standard issue longswords) had just recently received a shipment of scimitars. Whoooooo, scimitars! They’re… umm, sharper.

Or am I being obtuse?