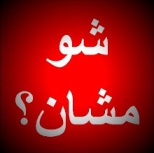 As it so happens, there are other things one can do with a camera phone during a revolution besides filming gun battles.

I recently arrived late to a very good party, the party of Jiim Siin’s brilliant and wickedly satirical monologues about the Syrian uprising. Recorded on an iPhone by an anonymous Syrian fellow living in the diaspora, the series entitled وقائع طنجرة الضغط (“Chronicles of the Pressure Cooker”) is a collection of short audio clips of sketches, political allegories, and satirical musings on the revolution. You can listen to the entire series on his blog.

What I love about these clips is the language: a rich, pungent, evocative vernacular… basically colloquial poetry. Yes, I know I’m getting carried away, but I can’t really think of a more creative response to the situation than this.

I got in touch with Jiim Siin via Twitter. He tells me he was inspired by Arabic radio programs and by Monty Python’s Flying Circus, “for the absurdity…” His weekly missives bring to mind Jacques Barzun’s famous definition of decadence: “When people accept futility and the absurd as normal, the culture is decadent. The term is not a slur; it is a technical label. A decadent culture offers opportunities chiefly to the satirist…”

In Jiim Siin, the Syrian revolution has a very talented one indeed.

« The YouTube Revolution: Sorting Truth from Fiction in Syria
This Is Just To Say »

827 thoughts on “Satire & the Syrian Revolution”