Hezbollah, the Basij, and the Iranian Green Movement 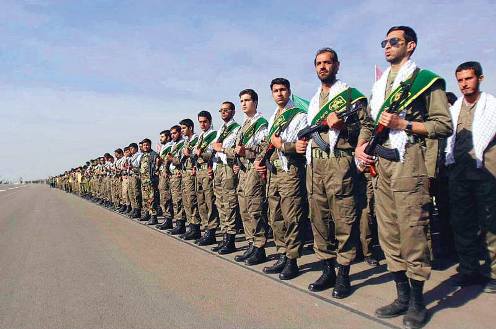 Hilal Khashan, Professor of Political Studies and Public Administration at the American University of Beirut, recently claimed that Hezbollah sent several hundred members to Iran last year to help clamp down on the anti-regime protests.

Khashan, who is frequently quoted in the foreign press on Lebanon-related stories, says that his source for this information is a Hezbollah official whom he has known for twelve years and who asked to remain anonymous. The information provided by the source is as follows:

Hizbullah had airlifted to tehran 300 men to help in clamping down at the protesters in the aftermath of Iran’s presidential elections in June 2009. The Iranian riots police used an additional number of about 200 Hizbullah trainees at Lavizan training camp and Imam Ali garrison training grounds. There are no Hizbullah men attached to Iranian security police at the time. Hizbullah men assisting Iranian police were mostly enlisted men with a few junior officers. Hizbullah men felt it was their duty to assist the Islamic Revolution and many others in Hizbullah would not have hesitated to go to Iran and lend their services to the regime. There is no doubt that Hizbullah would send men to Iran to perform security duties in the future should need arise.

I initially received this information from Ghassan Karam, and then contacted Dr. Khashan asking him to verify his connection with the story, which he did.

Obviously, I have no way of knowing whether his source was telling the truth, but he was clearly someone that Khashan trusts enough to put himself out on a limb.

The floor is open for discussion…

« Israel, Syria, and Lebanon: Thinking Outside the Box
Watch Your Mouth »

51 thoughts on “Hezbollah, the Basij, and the Iranian Green Movement”