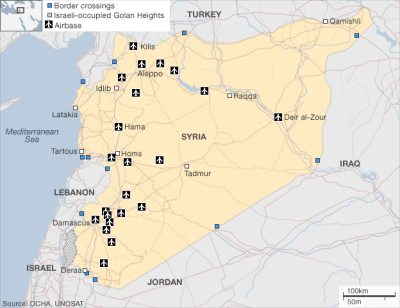 As the United States prepares for a likely military strike on Syria, speculation about the timing and extent of the operation is the topic de jour. Lucky for you, the political team here at The Qnion has received the transcript of a closed-door press briefing attended by White House Press Secretary Jay Carney and a select group of journalists from major media outlets.

[Classified: Off the Record and Not for Public Circulation]

White House Press Secretary Carney: Alright everyone… I think we’re ready to start. [Inaudible… laughter and background noise.] Thank you all for showing up on such short notice. Obviously the situation is developing very quickly so we’d like to get the information out to you in a timely manner. I’ve just come from a meeting in the Situation Room, and have some important updates.

First, as we have stated on multiple occasions, the government of the United States condemns in the strongest terms the use of chemical weapons by the Assad regime. We consider this to be a violation of international norms, and continue to support the efforts of the United Nations on the ground in Syria. As you know, the President has decided that these efforts are not sufficient, and is now considering options for decisive and uncompromising military action.

Reporter: What kind of military options?

Jay Carney: I’m glad you asked, Jim. Obviously, it is not in the interests of the United States to share sensitive details about military operations. We reserve the right to strike anywhere in Syria so as to punish the regime for its reprehensible and brutal attacks on its own people.

Having said that, we’re primarily considering two sets of Tomahawk missile strikes (between 8 and 11) launched by the USS Mahan and the USS Gravely against a set of military bases in the Syrian desert, including but not limited to… [ruffles some papers]… and let me see if I can get these names right: the Marj Ruhayyil Military Airbase, Al-Nayrab Military Airbase, the Suwayda Army Base, the Marj al-Sultan Military Heliport… Wait, no scratch that. My bad. The heliport is not under consideration. I mean, it may or may not be under consideration. Let’s see, where were we? Oh, also the Shayrat Military Airbase and the Khalkh… you know what, I’m not even going to try to pronounce that one.

We’ve put together a list of the potential targets that you can pick up on your way out, along with geographical coordinates and correct spelling, and so on, just to facilitate things.

Reporter: How soon can we expect the strikes to begin?

Jay Carney: Again, we’re not in the business of revealing sensitive information, Judy. All I can tell you is that we may or may not strike the potential targets during the hours of 21:00 and 23:00 on Friday August 30th, and again between 15:00 and 17:00 on Saturday the 31st. Please note that we’re talking about the Damascus time zone, which is GMT +2. I know that can be confusing.

Anyway, after the strikes which may or may not take place between those hours, we may or may not launch a surprise follow-up attack again the following week on Monday morning between 10:30-11:00 am, depending on the situation on the ground.

Jay Carney: No, I’m afraid we just can’t discuss any details. However, the Obama Administration would like to emphasize and assure the brave Syrian people that they are not the targets of these highly surgical strikes. Only people and military equipment that happen to be in the vicinity of those areas during those limited time frames that I mentioned may or may not be potentially targeted. The Assad regime should consider that a warning.

Reporter: Are you hoping that these strikes will bring down the Assad regime?

Jay Carney: I’m really glad you asked that, Bill. This may come as a surprise to you, but we are not, repeat not, envisioning any regime change scenarios, despite the decisiveness with which we may or may not strike. We, in fact, have several contingencies in place to modify the proposed operation in case regime collapse looks imminent. This is why we are being so deliberate and careful.

Jay Carney: Now I can see a lot of hands in the air, but I’m not at liberty to say anymore, lest we compromise the integrity of the mission. Thanks very much for coming, everybody. On your way out, don’t forget to pick up the handout that summarizes all the information I’ve given you and includes a few more details like the military assets under attack on the potential sites that I mentioned. Also, to repeat: Damascus is seven hours ahead of Washington. GMT +2. I know I already said that, but it’s an easy thing to overlook.