Inscriptions in the Desert 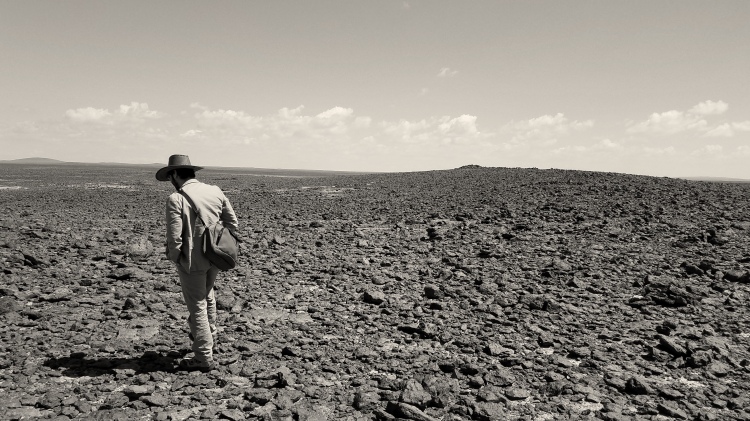 I’ve written an essay for The New Yorker‘s Culture Desk about the fascinating research of Ahmad Al-Jallad, a scholar of Semitic linguistics and ancient epigraphy. The first few paragraphs of the piece are below, with a link to the rest on the magazine’s webpage. Some readers may also be interested in a piece I wrote about Mashrou` Leila last summer, which I somehow forgot to post here. There was also this post about the new Lebanese electoral law and the factors that led to its adoption.

A New History of Arabia, Written in Stone

Afew years ago, Ahmad Al-Jallad, a professor of Arabic and Semitic linguistics at Leiden University, in the Netherlands, opened his e-mail and was excited to see that he had received several photographs of rocks. The images—sent by Al-Jallad’s mentor, Michael Macdonald, a scholar at Oxford who studies ancient inscriptions—were of artifacts from a recent archeological survey in Jordan. Macdonald pointed Al-Jallad’s attention to one in particular: a small rock covered with runelike marks in a style of writing called boustrophedon, named for lines that wrap back and forth, “like an ox turning in a field.” It was Safaitic, an alphabet that flourished in northern Arabia two millennia ago, and Al-Jallad and Macdonald are among a very small number of people who can read it. Al-Jallad began to transcribe the text, and, within a few minutes, he could see that the rock was an essential piece of a historical puzzle that he had been working on for years.

The history of Arabia just before the birth of Islam is a profound mystery, with few written sources describing the milieu in which Muhammad lived. Historians had long believed that the Bedouin nomads who lived in the area composed exquisite poetry to record the feats of their tribes but had no system for writing it down. In recent years, though, scholars have made profound advances in explaining how ancient speakers of early Arabic used the letters of other alphabets to transcribe their speech. These alphabets included Greek and Aramaic, and also Safaitic; Macdonald’s rock was one of more than fifty thousand such texts found in the deserts of the southern Levant. Safaitic glyphs look nothing like the cursive, legato flow of Arabic script. But when read aloud they are recognizable as a form of Arabic—archaic but largely intelligible to the modern speaker.

The inscription on Macdonald’s rock included the name of a person (“Ghayyar’el son of Ghawth”), a narrative, and a prayer. It was the narrative that stood out to Al-Jallad. Reading it aloud, he noted a sequence of words repeated three times, which he suspected was a refrain in a poetic text. This would make it the oldest known record of literary expression in Arabic—evidence, however slim, of a written poetic tradition that had never been explored. (Keep reading)

« On “Letters from Baghdad”