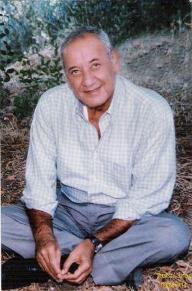 A few days ago, a reader left the following prescient remark in the comment section of this blog:

“I’m wondering: does anybody read anything into Amal’s relative absence from the 4 Officers celebration scene? Almost as if wily Berri is trying to meet Jumblatt in the middle…”

Come, come… sounds like conspiracy-mongering to me. I mean, what could Nabih Berri possibly have to fear from another shrewd, well-spoken, charismatic, super-connected Shiite who has the support of Hizbullah and Damascus and who has dirt on every single civil servant and high-profile figure in Lebanon?

New TV quipped last night that perhaps Speaker Berri is waiting for the pigeon post to arrive from the Tribunal, bringing him news of the generals’ release. The Angry Arab has a good post on the political background of the case, in which he suggests:

Jamil As-Sayyid was one of the most powerful men in the country for a while: and that pitted him again Nibih Birri who suspected (with justification) that the Syrian regime was grooming him to succeed him as speaker for parliament.  The plan was for Sayyid to run in 2005.

It is well-known that the men do not like each other. Back in 2005, al-Sayyid gave an interview to al-Hayat which, despite being 40,000 words long, still somehow managed to say almost nothing. (Leave it to a Lebanese intelligence officer to make a New England nor’easter feel like a touch of early morning frost.)  For example, in response to a question about whether Berri had tried to have al-Sayyid removed from his post, the major general had this to say:

All the reasons are similar, in addition to the fact that political leaders in Lebanon are used to having state employees “belong” to them. I don’t have this mentality. It’s not normal and it produces hostility. Each leader wants to make you “his man,” protecting you and benefiting from your services for the sake of his leadership. In Lebanon, you obtain immunity of you belong to a political leader, especially if you’re a state employee.

No, I didn’t quite understand his point either. What he seems to be saying is that Berri tried to co-opt him, and was unsuccessful because the general had his own sources of support in Damascus. And, at the end of the day, this is what makes him more than a casual concern for Berri today. While he  doesn’t need to worry about not becoming Speaker again (I can’t imagine Aoun, no matter how much he loathes Berri, throwing his support to Syria’s former no. 1 in Lebanon), Jamil al-Sayyid’s return is clearly a source of anxiety, to judge by his media silence.

Still, I would have expected Berri to compose one of his signature verses of zajal for the prodigal son, or at least send him a plate of baklawa, which is the traditional Lebanese thing to do when someone you know who was wrongly incarcerated for murdering the Prime Minister is set free. Wa lak 3ayb!

11 thoughts on “The Speaker Falls Silent”