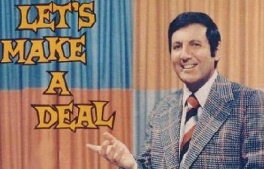 Richard kicked off the event with one of his excellent PowerPoint presentations (which I may post on the blog shortly).  Ziad talked about the experience of monitoring the elections in light of recent reforms. Oussama discussed the domestic political repercussions of the result, and Paul talked about the broader regional consequences.

I asked the panel a question about what kinds of incremental reforms we might see that could help pave the way for the larger and more ambitious changes prescribed by the Ta’if Accord (viz., a bicameral legislature, administrative decentralization, and proportional representation). Oussama Safa replied that while increased parliamentary oversight and other minor reforms of that nature would be a lovely thing, “Lebanon is basically still controlled by the Dirty Dozen. There are, like, twelve people who make all of the important decisions in the country.” He stopped, thought a minute, and then said: “Well, maybe thirteen.” (Who did he forget, I wondered…)

Paul Salem was slightly more optimistic, pointing out that while none of the big political players and oligarchs had wanted to adopt any of the reforms that made it into the current electoral law, the persistence of a few civil society organizations made all the difference. “While Lebanon’s political system is highly dysfunctional, it is actually also quite fragile and ‘impactable’… with the right kind of pressure, you can make an influence on it,” he said.

On the subject of the blocking veto, everyone was about as vague as Nasrallah was last night. Oussama suggested that we may need “either a Doha Two, or a Ta’if One” if both sides decide to dig their heels in. Paul seemed to think that the mood of reconciliation in the region would mitigate some of the difficulties of forming a cabinet.

My own sense of how things are going to play out over the next couple of weeks is that the two sides are going to test the waters a little bit before committing to any strategies. Hizbullah has visibly climbed down from some of their earlier rhetoric on the blocking veto, suggesting that they would be willing to take “guarantees” instead of a third-plus-one share of cabinet seats. Meanwhile, Saad al-Hariri and Walid Jumblatt have been making conciliatory noises. I’m guessing that each side wants to get a sense of the other’s bargaining position before rushing to a deal or a standoff.

I’ve really enjoyed reading some of the post-election analysis on various blogs. Be sure to check out my buddy Sean’s recent writings, along with Ms. Tee over at B-side Beirut, and Josh Hersh’s new blog. This POMED round-up also has a lot of worthwhile links on the post-election situation.

Finally, I’ve written a briefing on the election for World Politics Review which may or may not be of interest.