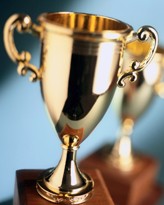 I wasn’t really planning to write a post on this subject, but since people like winners and losers, maybe it’s worth saying something. One commenter writes:

I’d be interested to read your analysis on who you think “won” from this cabinet haggling/negotiation. Do you think by holding out so long and getting more or less what he wanted, Aoun succeeded in gaining stronger footing for himself in this government? In the end, can we say that Hariri couldn’t stand his ground and caved? If so, what does that mean for this government’s future policies and in particular for the ministerial statement? In terms of bargaining skills, it seems to me that Aoun proved his mettle, and also that Hariri’s bluff resignation didn’t really have much of an effect on reinforcing his position. Thoughts?

There’s no doubt that Michel Aoun got the better of Hariri in this protracted standoff. But this had little to do with Hariri’s negotiating skills and mostly to do with the fact that Hariri had no option but to form a unity government. The threats to pursue a majority government were never credible — given the Syrian-Saudi reconciliation — and Aoun knew it.

So given that Aoun had Hariri over a barrel from the very beginning, it’s no wonder that his chosen strategy — spanking him until he got what he wanted — proved effective. And were it not for the rest of opposition growing tired of the charade, Aoun probably would have kept spanking until Gebran Bassil was appointed Telecommunications Minister.

As for what this means for the future, I’m not particularly optimistic. As long as ‘national unity’ remains the non-negotiable principle undergirding any governing effort, then it is going to be far too easy for any single bloc to play spoiler. This spoiler could be anyone: the LF, the FPM, the Future Movement, Jumblatt, Hezbollah, anyone.

In other words, everybody has everyone else over a barrel. In such a situation, the “winner” is simply the one with the least to lose.