March in Support of Proportional Representation 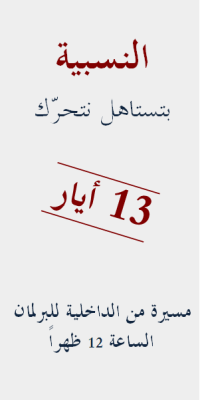 I got an email about a planned march in support of proportional representation (PR), which will take place in Beirut on May 13. In a way, conditions are ripe these days for Lebanese civil society groups to push their agenda for electoral reform because: (a) the issue is front and center again, and (b) because there seem to be a few major political players advocating PR. Michel Aoun and Nabih Berri are both pushing some kind of single national district plan (which is the system in place in Israel), while President Sleiman and his interior ministry appointee, Marwan Charbel, have also come out in favor of PR.

I don’t quite agree with Michael Young’s view that Sleiman’s strategy is purely tactical, that he is using the PR campaign to extend his own mandate. It pays to be cynical in politics, but Sleiman’s moves are consistent with his stance on electoral issues throughout his presidency. We would never have had a figure like Ziyad Baroud in the Interior Ministry had it not been for Sleiman. I’m not suggesting that he’s some kind of philosopher king, but I also don’t think there’s that much political capital to be gained by pushing this particular agenda… certainly not enough to ensure that his mandate is extended.

My own cynicism is directed at Berri and Aoun’s motivations. I see their campaign for PR to be all about pressuring Walid Jumblatt and Saad Hariri, which is also what the Aounist rhetoric about investigating the finances of the March 14 era is about. Aoun, in particular, is trying to shift the headlines away from the situation in Syria. He knows that PR does not have a chance in hell of being passed (and he would probably not be in favor of many varieties of PR, in fact) but there’s no harm in painting the failure of this initiative in the colors of March 14th intransigence.

Lebanon is going to need an electoral law for the 2013 parliamentary elections. What’s the most likely outcome? My sense is that we’re going to get a repeat of the 2009 law, with perhaps one or two additions like expatriate voting thrown in. It’s too late to introduce anything else except perhaps for pre-printed ballots (which would be the single most important reform to implement immediately, in my view), but no one has discussed that issue.

The banner on the right states that proportional representation deserves the attention and advocacy of civil society groups. That is certainly true. But what kind of PR would work best for Lebanon? The kind that Berri and Aoun likely have in mind (assuming that they are being genuine) would be a catastrophe. Single-district closed lists would effectively concentrate a huge amount of power in the hands of party chiefs, because they’d decide the candidates on the slates that they put forward. For PR to be effective in breaking the monopolies of the traditional parties, we need large districts, true, but open lists would be a desideratum as well.

If you are in Beirut on May 13, join the march.

« This Is Just To Say
The Number One Sunni in Lebanon »

143 thoughts on “March in Support of Proportional Representation”