Sheikh Nadim, Abu Laymouneh, and the Mother of all Battles 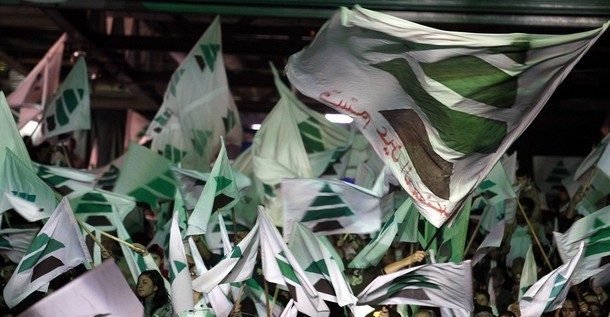 It took all of thirty seconds to determine that Abu Georges, the driver of the white ’78 Peugeot with the immaculate interior, was a perfect candidate for a piece in this series. We were rumbling down the hill in Achrafieh on a cool spring night, and Abu Georges was already chattering away about his four kids, his cousins in America, the traffic problems, and his plans to trade in his car, so I figured I’d get him going on the subject of the elections.

QN: So, are you from Achrafieh?

QN: Who do you think is going to win the district?

AG: Ya sidi, I think Sheikh Nadim has got it sewn up.

QN: Really? Seems like it’s going to be a close race.

AG: Maybe for the others, but there is no real competition for the Maronite spot. I mean, come on, the other guy thinks he’s actually going to take Sheikh Nadim’s seat? He served his father! The people who supported the father will support the son.

QN: So I take it that you are with the Kata’eb?

AG: Lebanese Forces. But we’re one family. We’re committed to the same principles, unlike Abu Laymouneh’s gang. Ya habibi, explain to me how this son of a dog thinks that he is going to fool the Christians yet another time.

QN: Umm, who is Abu Laymouneh?

AG: Michel Aoun. That’s my nickname for him.

QN: Oh, ok. I get it. But you’ve gotta admit that he has a very significant following. I mean, he’s got more MP’s in Parliament than the Kata’eb and the LF combined.

AG: Watch what happens this time around. He’s going to be cut down to size. When he came back and visited Hakim, we thought he had learned something, but it turns out that the Syrians got to him first. By the way, who are you with?

AG: Aha… I mean, what do I know, right? Everybody sees things in their own way…

« Will the U.S. Punish Lebanon For Electing The Opposition?
Whither the Tribunal? »

16 thoughts on “Sheikh Nadim, Abu Laymouneh, and the Mother of all Battles”