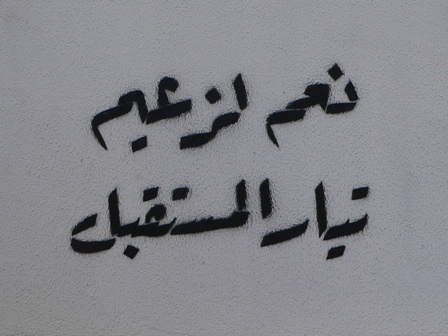 Four years after his father’s assassination, Saad al-Hariri has been nominated to the premiership. He received the votes of all  71 March 14 MP’s, plus another 12 MP’s from opposition leader Nabih Berri’s bloc (presumably as a quid-pro-quo for Berri’s re-nomination as speaker). While Hizbullah did not lend its support to Hariri’s nomination, one has to imagine that the party is comfortable with Saad as the next PM.

The news is full of hints and allegations regarding a Syrian-Saudi deal on Lebanon. Meanwhile Angry Arab suggests that the Special Tribunal for Lebanon is going to absolve Syria and target its allies in Lebanon instead. It is also looking increasingly likely that the cabinet composition will hand President Suleiman the decisive votes to produce the “blocking third” veto.

How about a lively discussion in the comment section on Saad’s prospects as Lebanon’s next PM?

« Coalition of the Unwilling
The Christian Vote »