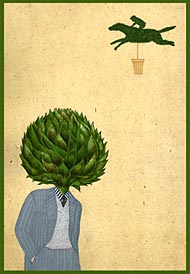 I’m personally not so interested in questions like: “Who is the most popular Christian leader in Lebanon, according to Christians themselves…?” But it seems that many others (including a few readers of this blog) are interested in precisely this question, so I’ve decided to look into it.

First, a methodological puzzle. How do you go about determining whom Christians (or Sunnis or Shiites or Druze, etc.) voted for in this election? After all, voting is conducted anonymously right? It’s not as though each sect gets its own specially color-coded ballot. So how do pollsters and analysts work out which votes came from which sect?

It turns out (according to two trusted experts I asked about this) that Lebanon’s polling stations are largely segregated by sect. This is not by design as much as it is by custom. People have historically voted in communal centers close to where they lived — schools, municipal buildings, and the reception areas of churches and mosques — and this is how it has remained, even as people have moved away from their ancestral villages. As a result, members of the same sect end up on the same registration lists in the same polling stations, and new voters are added to the lists where their parents or extended relatives are registered.

When the Interior Ministry publishes the voting data according to polling station, it is a simple step to re-sort it according to confession, and then to determine the number of Christian votes earned by each coalition. If the next election law mandates the reshuffling of ballots gathered from all the polling stations before they are counted (as Minister Ziad Baroud has demanded), then it will be impossible to link voting data to sects.

Now back to the original question: how did the Christians vote? Surprisingly, analysts on both sides of the political divide agree that Aoun’s support among Christians has fallen from its lofty perch. Kamal Feghali says that it dropped from 63% in 2005 to 53% in 2009, while a study commissioned by An-Nahar says that Aoun’s support now stands at 49%. In other words, he almost certainly remains the most popular Christian leader among Christians, but he’s not so popular as he once was. And there you have it. (Can we change the subject now?)

In other news, those of you who have expressed your admiration for the lovely header at the top of this blog will be pleased to learn that I had the chance to meet Alexander Gorlizki (the artist) today in his New York studio, and managed to convince him to sell me the painting. Alexander’s work is remarkable; if you Google him, you’ll find many beautiful samples.

« Saad al-Hariri Takes the Helm
I Fought the Law… »

10 thoughts on “The Christian Vote”